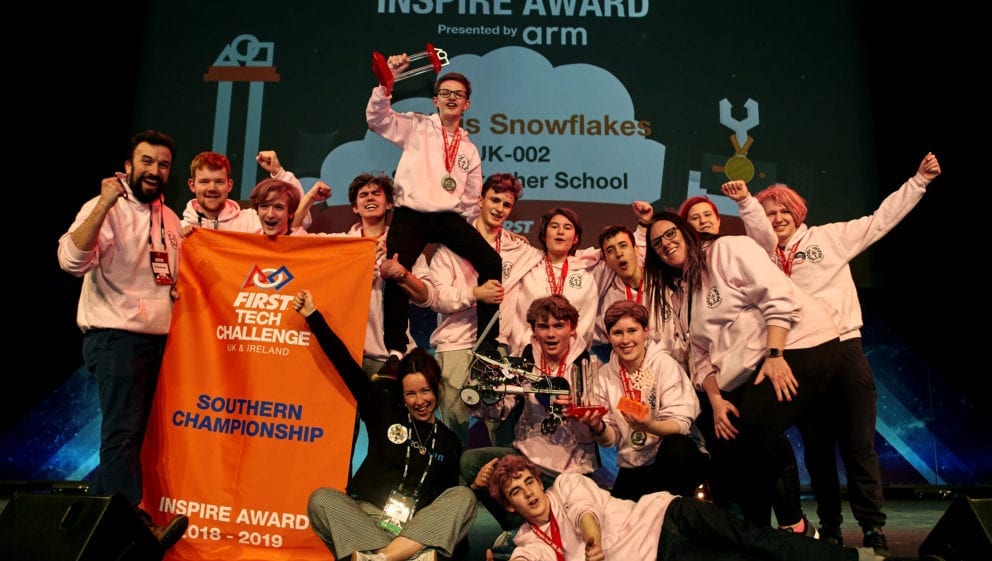 Almost 500 students from across the South of England gathered at the KingsGate Conference Centre in Peterborough this week (Wednesday 13 March) to compete in the inaugural FIRST® Tech Challenge UK Championships. Team St Christopher’s Snowflakes from St Christopher School, Letchworth Garden City were named FIRST® Tech Challenge UK Inspire Award winners and, with the support of Cambridge-based global technology firm Arm, will represent the UK at the FIRST® Championships held in Detroit, USA between 24 – 27 April 2019. The team joins 30,000 students competing head to head to be crowned global champions at the world’s largest student robotics competition.

FIRST® Tech Challenge is an expeditionary robotics programme for ages 12-18, seeking to build relationships between today’s professionals and tomorrow’s talent. Working in teams of up to 15, and supported by an industry mentor, young people design, build and programme a robot to compete in the annual championships. Team members assume individual and collaborative roles reflective of real-life careers – from software engineers and designers, to project managers and communications officers – all play a part in becoming competition-ready.

During the Championship event in Peterborough, teams competed against each other within alliances, using their robots to complete a series of tasks on a space-themed playing field. Teams were also required to present engineering notebooks, documenting their journey through the programme, to a panel of industry judges. In addition to the Inspire Award, seven further accolades celebrating a diverse range of technical and soft skills were awarded:

Honey Glennie from St Christopher’s Snowflakes comments: “It hasn’t properly sunk in yet that we have won the Inspire Award and will be heading to Detroit! We feel so shocked – winning is a dream come true. We can’t wait to head to America, our teacher is from America so it will be really special. A particular highlight for all of us was all the people that we met today, all the teams were amazing and deserve a shout out.”

Teams enjoyed a first taste of the UK regional championships

FIRST® Tech Challenge is backed by leading industries keen to address the burgeoning STEM skills crisis. Industry mentors have been supporting the teams throughout the programme – helping to ease the load for educators whilst forging important relationships between schools and industry. Arm is the headline sponsor of the Southern championship who, alongside other local employers, provided staff volunteers to steward, judge and referee the Championships.

Maths education extraordinaire, author and TV personality, Bobby Seagull, supported the event as Master of Ceremonies. Bobby engaged the students with a captivating speech during the opening ceremony, got stuck in commentating on robot matches, and interacted with the teams as they practiced with their robots throughout the day.

Ed Cervantes-Watson, FIRST® UK CEO comments: “FIRST® Tech Challenge is more than robots – it’s a vast collaborative effort between the young people involved and the hundreds of industry mentors, teachers and volunteers who invest their time and energy to inspire the next generation. We’re not setting out to find next Steve Jobs, but if the 1,500 participants this year are less intimated by STEM, more aware of subject choices and career pathways available, and have developed the technical know-how and core life skills needed to better take on tomorrow’s challenges – then that’s mission accomplished.”

The next season of FIRST® Tech Challenge UK will launch on 1st May 2019, visit morethanrobots.uk for more information. 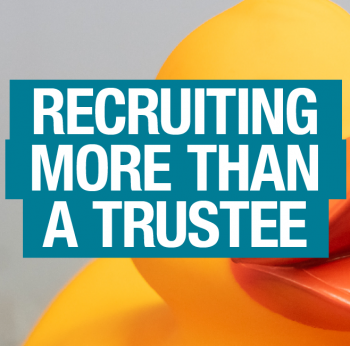 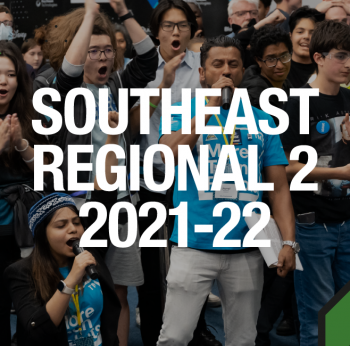 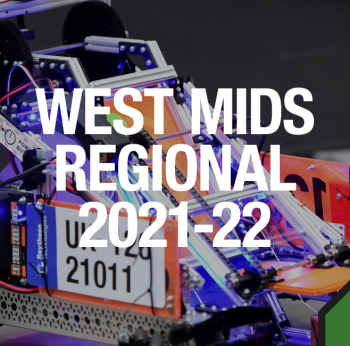